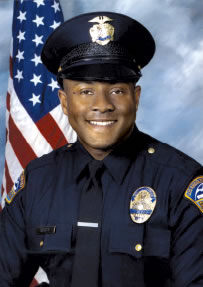 Physically fit and widely known as the kindest officer on the force, Scott was a role model highly dedicated to public safety and service. The former lifeguard and Red Cross volunteer worked for 15 years at the L.A. County Parks and Recreation Department before joining the Los Angeles Airport Police Department, and saved two children from drowning while working for the County. As an LAXPD field training officer, he was known for the thorough and caring attitude he displayed toward his trainees, as well as his contagious smile and positive energy.

All proceeds will benefit the Tommy Scott Memorial Scholarship Fund, which has awarded dozens of scholarships over the past decade. “Every year, we plan to grow the run to memorialize Tommy in a celebratory way and increase the scholarship fund that bears his name,” says Los Angeles Airport Peace Officers Association President Marshall McClain. Contribute to LAAPAAL and the Tommy Scott Memorial Scholarship Fund